Migration and the notion of ‘border’ were the central themes to 2017’s Director’s Project.

Before the start of the semester, I was on a flight to Varadero when I picked up a copy of National Geographic with my daily coffee. September’s copy explored advancements in the science of health and addiction. The closing article was ‘Borderlands‘ a photo-essay series by Richard Misrach. In a series of photos he documents the physical conditions that separate the United States from Mexico. Many of his photos offer a striking glimpse into the near sculptural quality of the walls that divide these nations. Borders are a fascinating point of contention for anyone interested in the intersection of politics and design. So often is it forgotten that many of these walls are mere physical manifestations of sociopolitical thought. Even borders that we perceive as natural such as those created by watershed are lines we draw to rationalize and categorize what exists on a complex spectrum. Anuradha Mathur & Dilip da Cunha explore this in their work – ‘Soaked: Mumbai in Estuary’ (2009). Misrach’s article also explores the relationship between border and water. In the context of the Sonoran Desert, access to water determines the fate of those with the grit to cross. Over 3,000 attempts at crossing have resulted in death in the heat of the desert. Amidst or despite political tension, the Water Station project by Humane Borders has voluntarily placed 55-gallon barrels of water along the border – operating a vast network of life-saving water posts.

In a hybrid style of new and old cartography, Route 45 imagines and dramatizes the coordination it might take to cross the border – reliant on these plastic bastions of life. In the end, questioning how we’ve come from the unwavering trapped lightning of liberty herself to these hollow tubs in the sand.

You can find out more at: https://humaneborders.org/ 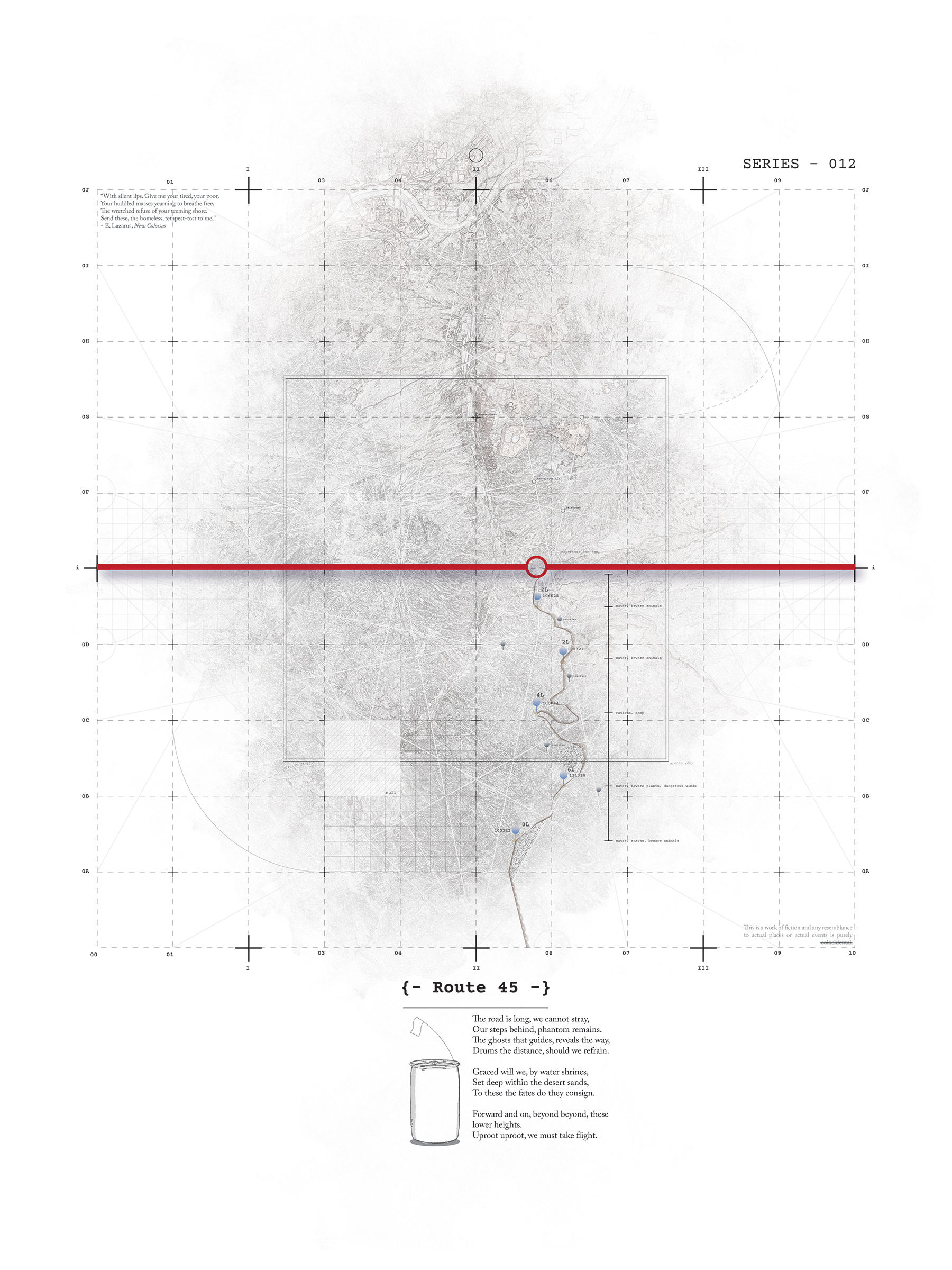